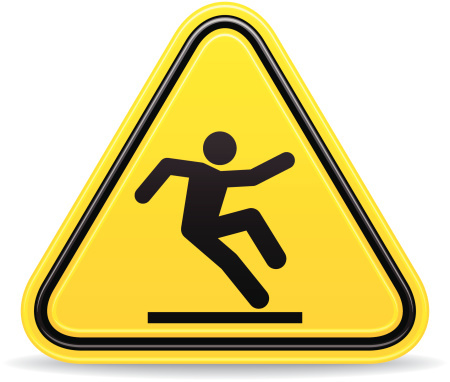 Fall prevention is something we know we should put into practice, but sometimes it is emotionally difficult to accept that falling is actually a risk to us in the first place.

As is often the case with many health limitations, we might go through a period of denial and refuse to take care of ourselves, because "we'll be fine." We don't like to think that our health conditions may have changed, because we fear we will not be the same healthy person anymore.

If you are a caregiver, you may have seen your loved one go through this stage and wonder why they won't follow the doctor's recommendations. The fact is, they are going through an emotional challenge that is very real and understandable.

Remind them who they are

It's vitally important to remind the person you are caring for that they are the same person today as they were before their increased risk for falling began. If your loved one has fallen before or has had near-misses, remind them that there is absolutely nothing to be ashamed of.

In fact, many notable celebrities and public figures in recent memory have taken some serious falls, but despite inconvenience, injury or even embarrassment, they got right back up and continued being themselves and making the world a better place.

Back in 2009, then-Pope Benedict XVI fell in a hotel room on a trip in Italy. He broke his wrist and had to have it surgically repaired. A few years later, he fell again and badly cut his forehead. Both cases were due to being in an unfamiliar setting in a dark hotel room. This highlights the importance of keeping your loved one’s home well-lighted and clutter free.

In 2008, former First Lady Nancy Reagan fell in her home in Los Angeles. The fall fractured her pelvis and sacrum and resulted in several weeks if not months of immobility, requiring assistance to and from the bed and help to prepare meals.

Even though the fall was severe, she continued her work after taking care of herself and taking time to recover. In particular, she was a fierce advocate of Americans with Alzheimer's disease. As President Barack Obama said on the occasion of her passing in 2016:

"[S]he became a voice on behalf of millions of families going through the depleting, aching reality of Alzheimer's, and took on a new role, as advocate, on behalf of treatments that hold the potential and the promise to improve and save lives."

Barbara Walters fell on stairs while covering the 2013 presidential inauguration. She cut her temple and had to stay in the hospital. Stairs are a common cause of falls and require much caution.

Walters would go on to continue her well-known role as co-host of The View, despite the accident.

Being at risk for falls is completely normal, and it has no bearing on one's self-worth and relationships. Let's remind our loved ones of that as we help them practice fall prevention.

Sign Up for exclusive updates, new arrivals
and insider-only discounts