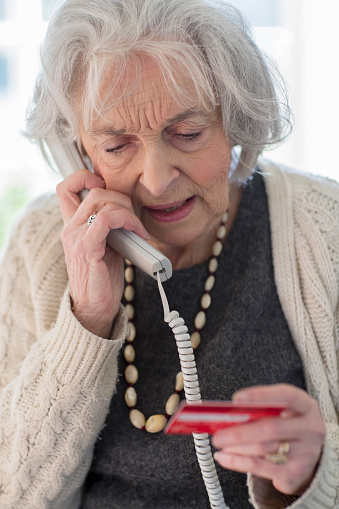 The truth is, 30 to 40 percent of all the robocalls are scams. This translates into over 10 billion scam robocalls each year that come into the United States. Even non-scam-like robocalls are considered illegal unless the recipient has agreed to be on a certain list. The FTC and FCC are diligently working to combat this growing problem with much difficulty.

Scammers use robocalling techniques because it’s an easy and cheap way to prey on their victims. Often, high-pressure tactics are typically used to scare people into thinking that their homes are going to be taken away from them or even that there is a warrant out for their arrest for tax evasion. If someone falls prey to this, they often feel pressured to giving out personal information, including their date of birth, social security number, full name, address, and the list go on. Sometimes, the scammers have this information even prior to the call, making them the perpetrator seemingly legit. Unfortunately, many of these scam robocalls easily trick unsuspecting people, particularly the elderly population, as being their prime target. Seniors give up billions of dollars each year to these phone scams.

Fortunately, new electronic devices, such as call blockers, can help stop unwanted phone calls—they have been pre-loaded with thousands of the worst offender nuisance robocall numbers. In addition, there is a call blocking system that gives a caregiver the ability to control the numbers that are actually being allowed to ring through. This is a savvy solution for those who suffer from dementia and are unable to detect when there is a scammer on the other end of the line.

According to AARP, one of the most common phone scam occurs when a ‘caller identifies himself as the grandson and says he has been arrested in Mexico and needs $2,400. Every day hundreds of grandparents fall for this scam.’

The Do’s and Dont's of phone scams:

CPR Protect Plus Call Blocker - Discontinued
$59.99
Not for Sale