Alcohol Abuse In The Senior Population 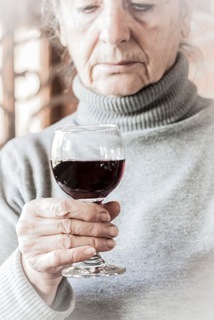 Over the past couple of decades, alcohol abuse has been on the rise with the 50 and older population. According to alcoholrehabguide.org., 'between 2002 and 2006, an average of 2.8 million adults over the age of 50, suffered from substance abuse disorders, including alcoholism. By 2020, that number is projected to double, totaling roughly 5.7 million seniors.' The National Council of Alcoholism and Drug Dependence (NCADD) reports that alcohol abuse among older adults is growing with tremendous speed, hence, becoming one of the biggest health challenges in U.S. today.

What's even more alarming is that alcohol abuse is often overlooked, ignored or misdiagnosed by family members and friends—he or she may have always been a 'social drinker' and part of their life's routine, which makes it difficult to diagnose or even misdiagnose. And because this is typically not part of the yearly routine screening with one's doctor, recognizing abuse can be quite difficult.

Effects of Alcohol on the Elderly:

Often, an older person does not understand the effects alcohol can have on the body as it ages—it responds differently to alcohol, often making their tolerance level much lower than in their younger years; absorption levels change, making the alcohol metabolize slower and remain in the liver longer—an older person's judgment may be greatly skewed, as well as compromising their safety when at home alone. An even greater risk is the mixing of alcohol with prescribed medications, especially those with chronic conditions. Statistics show that people over the age of 65 are on at least 2 kinds of daily medications—monitoring one's medications is crucial.

Some Reasons for Alcohol Abuse:

Addressing the Issue of Alcohol Abuse:

If you suspect a family member has an alcohol problem, it is important to start a conversation with them—an older person may not be aware they have a problem, especially if they have other chronic issues.

Opening up lines of communication is the key to helping your loved one.